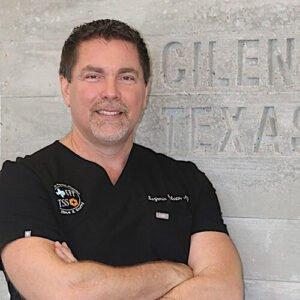 Benjamin W. Cilento, MD, is a fellowship-trained facial plastic surgeon and a member of the elite American Academy of Facial Plastic and Reconstructive Surgery. He sees patients at Spring Hospital in Spring, Texas.

Dr. Cilento earned his medical degree from the Albert Einstein College of Medicine in New York City. He has trained and worked with world-renowned leaders in head and neck and facial plastic surgery throughout his medical career, such as Craig Murakami, Neal Futran, and Sam Most, at the University of Washington in Seattle, where he completed his residency in otolaryngology/head and neck surgery.

After his residency and while serving in the Navy, Dr. Cilento was appointed as the Head of the Department of Otolaryngology at the US Naval Hospital in Asia. After two years in Asia, he was selected for a fellowship in facial plastic and reconstructive surgery at Tulane University in New Orleans. He studied under Dr. Calvin M. Johnson, Jr., who is credited with creating the open structure rhinoplasty procedure.

Dr. Cilento served as an assistant professor at the Eastern Virginia Medical School in Norfolk, Virginia, for the Department of Otolaryngology. There, he was responsible for the education of residents and medical students. He also served as the Director of Research and won multiple awards for research, including the American Heart Association Research Grant for immunologic research on B-Cell hypermutation, the Potsic Ferguson Award for the best presentation of a resident at the Combined Otolaryngology Spring Meetings, and the John Orlando Roe Award from the American Academy of Facial Plastic and Reconstructive Surgery for his work on the aging face.

His current research and area of expertise center around the functional and aesthetic aspects of the nose, specifically fixing problems related to nasal breathing and congestion.